...Or What's Left Of It After Playing It For Six Days On A Row.

First, an apology. An apology to the friends of Ogre to have forced them to play SAGA in the first place, cancelling d20 Modern in turn. An apology to my players for playing it during our near sacred common holiday on that particular castle in the middle of Germany.
But I had my reasons, trust me.
As Ogres are very instinct driven people, I first was very excited about this game when I bought it. But then, slowly, doubts crept into my mind. Doubts about 3rd edition, d20 in general, and CASH EDITION.
Doubts that needed to be confirmed or removed.
So, I insisted on playing it by the rules as presented. More or less.

1. Age of Creation.
In earlier days, it was so easy. You stated what you wanted to play, and you sticked with your decision. Believe me or not, in earlier times, roleplaying was about experiencing imaginary adventures, not houra and days of optimized character creation. I should have seen this one coming, but something inside me refused to recognize the fact that a multitude of options you have as a player during character creation is not necessary a plus; especially when you have players that take much care in selecting their precious few skills, feats and talents. The planning and character-building took one full day. While I sat beside them and was eager to begin the adventure. One full day. After the next day, one of the players announced that he would like to abadon his current character, and created another hero. I am sure you can feel my pain. But this one was my own fault.

2. Art of Encounter Building
Stating the rules, adding the various challenge levels and dividing the result by 3, you get the optimal challenge level for a group of 4 heroes of the same level. So, a group of guard droids consisting of a Crab Droid (CL 4) and
two normal Battle Droids (CL 1), divided by 3, would make the ideal challenge for a group of 4 second-level heroes,
right? Wrong. I had such an encounter during the play, and if the group hadn't devised a way to sneak past that encounter, disabling it at the droid control center, would have wiped them out. TPK for sure, just look up the Crab Droid's stat.
Another example, one level later. When the heroes had to leave, guess who waited for them at the spaceport? Right, the racist Imperial Lieutenant (CL 5), 2 Heavy Stormtroopers (CL 2) and 6 normal Stormtroopers (CL1) wanting to arrest them. A fitting challenge for a group of heroes one level higher than the actual group level. One Force Slam later, the budding Jedi had taken out most of the Stormtroopers, and the others were taken out equally easy with autofire and grenades.
The Encounter Building rules just don't work.

3. Friendly Fire
When exploring the sublevels of Nar Shadaa to find a secret entrance to the Imperial Embassy, the heroes were hunted down by a pack of vrblthers (don't force the me to spell it out loud - I called them "Tunnel Apes"). Player One was a Gand Scout with the Evasion talent, and Player Two was a Soldier with an autofire-capable weapon.

Me: "And the last tunnel ape moves ... here."
Player 1: "Uh Oh. That is three against me."
A short moment of contemplation, then addressing Player 2
Player 1: "Can you make an area attack against this area?", pointing at a 2x2 squares area that included himself and two of the tunnel apes.
Player 2, Me, and the rest of the table: "What?"
Player 1 " No Problem. I have got Evasion. Just don't come up with a 20."

No, the attack don't went critical and the Gand took no damage. But let's extrapolate that to higher levels.
A 7th Level Scout/5th Bounty Hunter with the Evasion talent and the Improved Defenses Feat, and Dexterity 16 has a Reflex defense of 30.
A 7th Level Soldier/5th Level Elite Trooper with Dexterity 18, the Double Attack (Heavy Weapons), Point Blank Shot, Precise Shot, Rapid Shot, Weapon Focus (Heavy Weapons) feats, Weapon Proficiency (Heavy Weapons) and the Greater Weapon Focus and Multifire Proficiency Talents is likely to have an Attack Bonus of +19 with heavy weapons.
When using the autofire mode, the Rapid Shot and Double Attack Feats when using a heavy repeating blaster, he still has an attack bonus of +9, which means, he always hits the area, and never is in danger of hitting his friend. The Bounty Hunter automatically evades, while the Elite Trooper virtually blankets that area with blaster bolts ( 8d10 +14 points of damage to a character without evasion, not counting critical hits).
And don't let me start of a Jedi in the midst of that area attacks deflecting his ally's blaster bolts.

4. Jedi Suicide
Imagine a 14th level Jedi Master and his 1st level Padawan on his first adventure, during which both of them get wounded severely and run out of force points. Both have the Force Training Feat and the Transfer Vitality power and use it on each other.
The Jedi Master can heal a maximum total of 4 hit points, while suffering 2 in that case. A mighty Jedi Master, indeed. His padawan, in turn, can heal his master for a maximum total of 56 Hit points, while suffering 28 during the process.
This might drain more hit points the padawan has, and should be well above his Damage Threshold, which means, it kills him.
Such a noble sacrifice.
Sure, there are many other ways to heal, and it looks somewhat artificial, but this discrepancy was blatant to us. It clearly demonstrates that balancing has become a serious mental disorder within game design community, even at the cost of plausibility.

5. Stairway To Heaven
6 Levels in 6 days.
This is a problem of most d20 products. You just plain advance to fast. Sure, you could give less XP, but that would mean cheating. You could throw in easier encounters worth less XP, but that would be equally unsatisfying. Imagine an adventure where you would meet one Stormtrooper at a time. Imagine a Dungeon where your main enemies are single rats, snakes, and goblins.
I remember days when it took months and years of gaming to advance your humble 1st level character to 12th level.

The next five in aproximately one week.
Eingestellt von Der Oger um 31.5.08 Kommentare:

In short, I want them to be heroes.
Eingestellt von Der Oger um 28.5.08 Keine Kommentare: 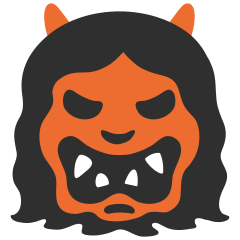